Handsome resident Charles Revilla is a coal miner’s son, born July 6, 1926 in Imboden, Virginia.  His father quit mining when he got married in Rose Hill, Va. and tried farming, but was not fond of the profession.  Nor was he happy with Ford’s Detroit industries he tried, so he returned to

Imboden as a coal miner.   His father retired at 65 years old and had many stories to tell about mining, including a close call he had when a rock roof collapsed, killing his partner.

Needless to say, Charles chose a different career path, with the aid of the U.S. Navy during WWII.  He was drafted, served from 1944-46 and had experience with atomic bomb testing at Bikini lagoon in the Pacific.  The great thing about serving in the Navy was his eligibility for college on the GI bill, although he worked for his father in the timber yard outside the coal mine immediately after leaving the service.

Charles had attended grade school in Imboden where he was born and High School in Appalachia.  He started college at the University of Virginia in the summer of 1947, and received his BA and MS there in 1950 and 1952.  Charles then worked as a geologist overseas, for   International Petroleum in Peru, then Standard Oil of Indiana. He was single, so he was free to live where ever he was needed.  That is, until he met Erna, a German-Argentine, in the UN office in N.Y.C., who Charles proposed to when in New York.  Erna said "Why, of course, Charles!” and they were married in 1966 at the Royal Air Force chapel in Aden, Arabia.  Amoco, the company Charles worked for at the time, arranged for Erna to fly over for the wedding, and arranged for a 2-year transfer to London as a wedding present for the couple! Their two children, Paul and Bettina were born there.  After that they went to South America (Trinidad, Ecuador and Argentina), then later to Bolivia.

Son Paul works with computer technical support for a group of lawyers here in Houston, and is married with 2 sons, one attending Stanford University.  Daughter Bettina lives and works for Pioneers in Jerusalem, working with the deaf.  Charles and his amazing family belong to the Christian & of Missionary Alliance Church.

In his retirement now, Charles still loves travelling and literature – both reading and writing. He is the author of “Coal Miner’s Son,” a typed 271-page bound, but yet unpublished, book of his memoirs that includes color photos, poetry, stories and appendices, beside the text.  Charles Revilla truly is an amazing man! We are fortunate to have such an accomplished gentleman as part of the Treemont community!

If you enjoyed meeting your Houston assisted living neighbor, then click here to meet more residents of this dynamic independent living in Houston community. There is much documentation on the value of social interaction and friendships in keeping seniors happy and content. Active Activities Programs are key to resident happiness in senior living in Houston communities. Seniors want to live with interesting and engaging residents. At Treemont, from concert pianist Ann Wang, to Nelda Sims of the Sims Trio and also Wilma Carr and Lillian Lee, residents enjoy in-house entertainment, and meeting new neighbors with whom to engage and share their new community. Please make sure you ask about the residents and the activities for seniors programs when you tour senior living Houston TX communities. 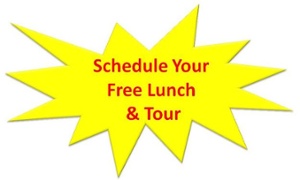